Tours have been arranged for you to experience Sicily, its culture and history. Meet and network with your peers while enjoying the sights and wonders of the island.

Start out from Naxos Beach hotel and continue up the winding road to the small picturesque medieval hilltop village of Castelmola, high above the Ionian sea. Enjoy panoramic views and take a leisurely walk along the narrow streets. 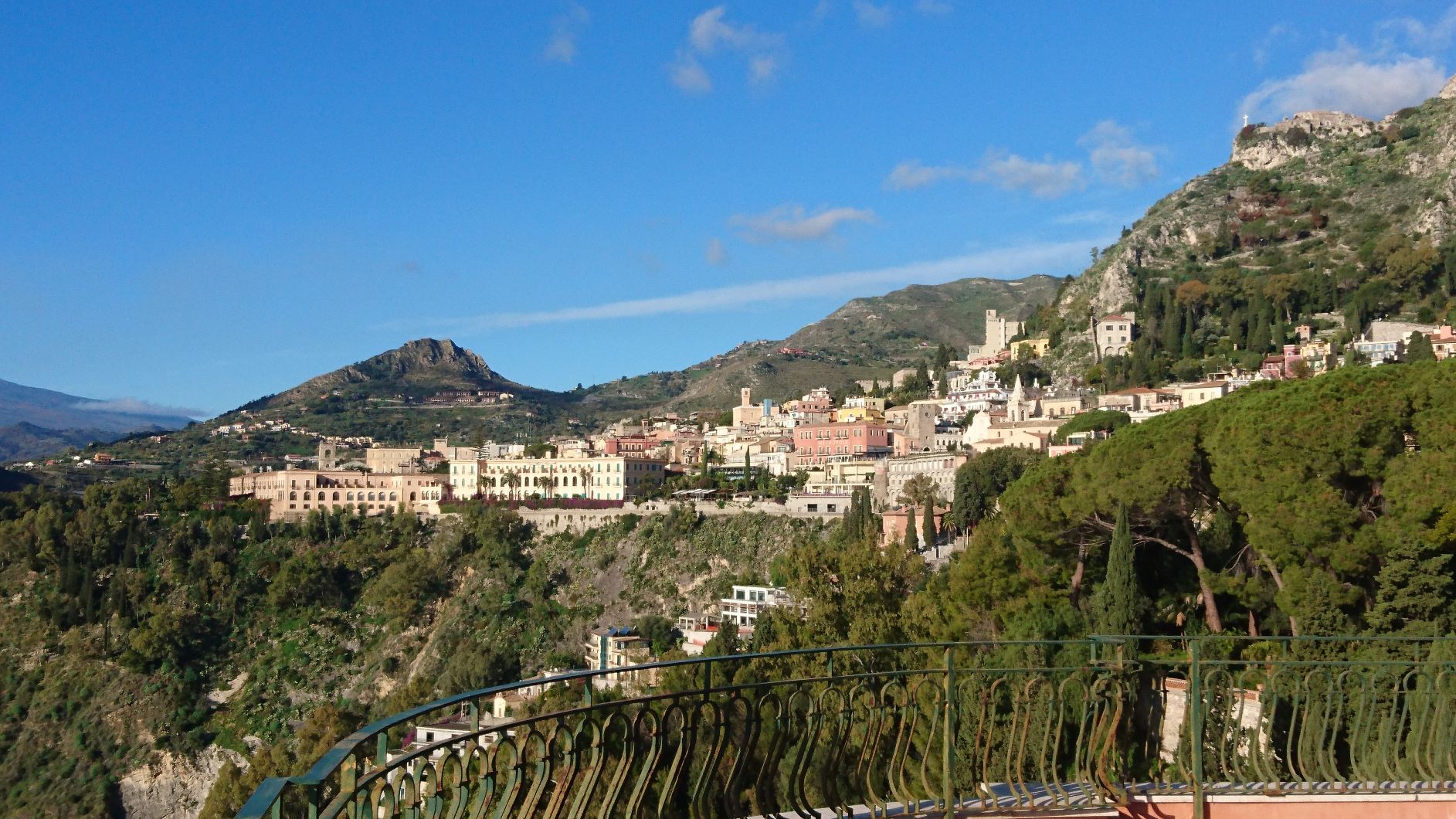 Head down to Taormina, built around the ruins of a Norman castle. It is truly an elegant jewel famous for its Greek theatre and postcard views. Admire historic landmarks like Porta Messina and the 10th century Palace of Corvaja. Discover its artistic atmosphere and follow in the footsteps of Oscar Wilde, Wagner, Greta Garbo and Goethe reflected in quaint cafés, restaurants and boutiques. Visit the stunning Greek teatro before heading back to Giardini Naxos.
Depart: 14:00   Return: 19:00   -   Cost: € 60

Monday Tour to the magnificent Volcano Etna, the highest volcano in Europe

The towering volcano of Mount Etna dominates the skyline of the island of Sicily. Reach the base area of 1900 mts. Stand on the scenery and and walk on the most recent lava flow. Optional ascent (first cable car followed by jeep) to 3,000 meters with the assistance of authorized guides of the CAI (Italian Alpine Club). Some of the lava on the side of Mount Etna is 300,000 years old. Because the geological and atmospheric 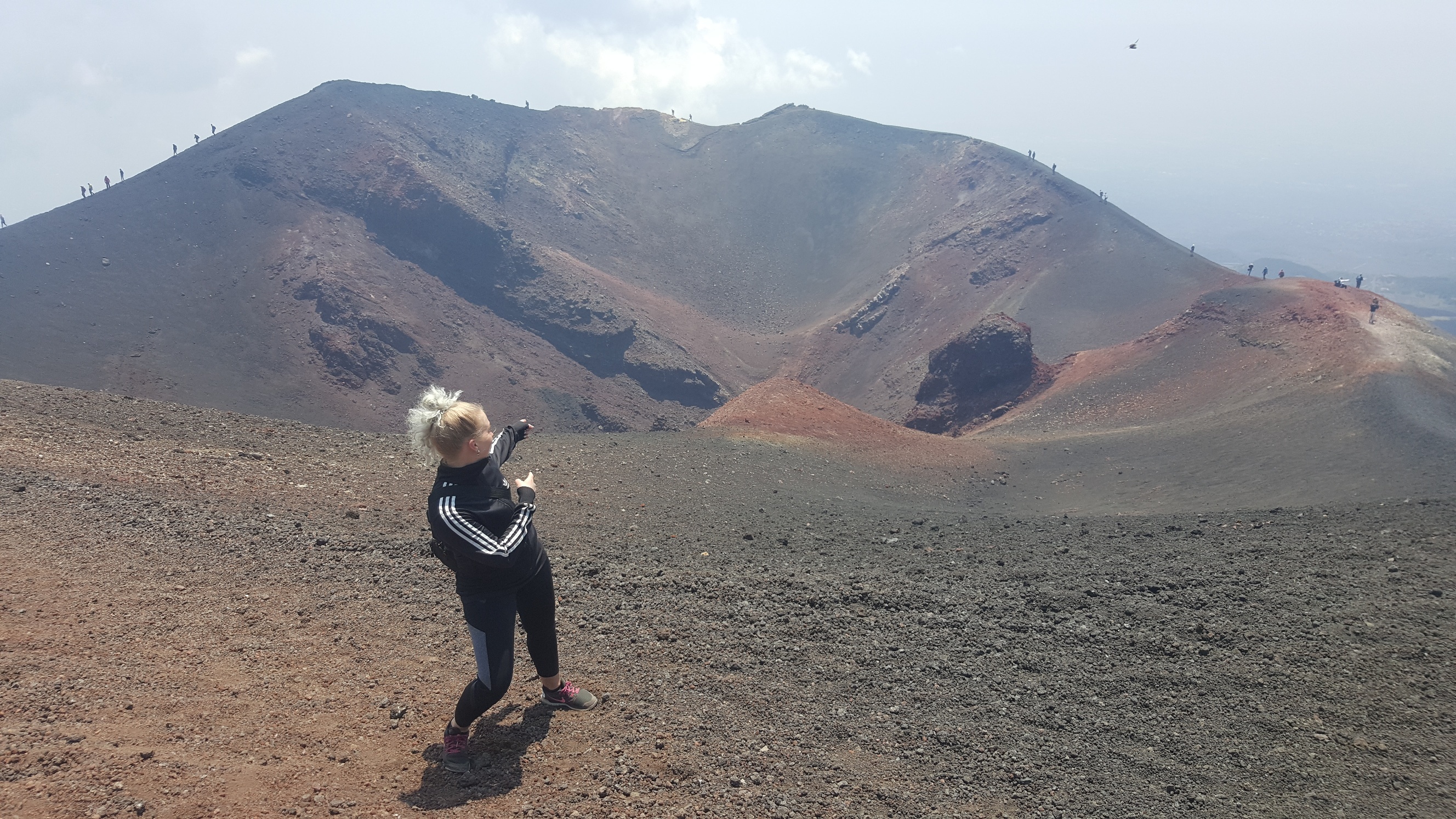 conditions are similar to those on Mars, scientists have tested space robots here.The sides of the volcano are also home to a large number of animal species, and there are vineyards and olive groves near the foot of the mountain. Mount Etna is covered with snow most of the year.

Enjoy a typical local lunch before heading back. Comfortable warm clothing and suitable shoes is recommended.

Wednesday Castel Degli Schiavi, a landmark of time with a Godfather theme 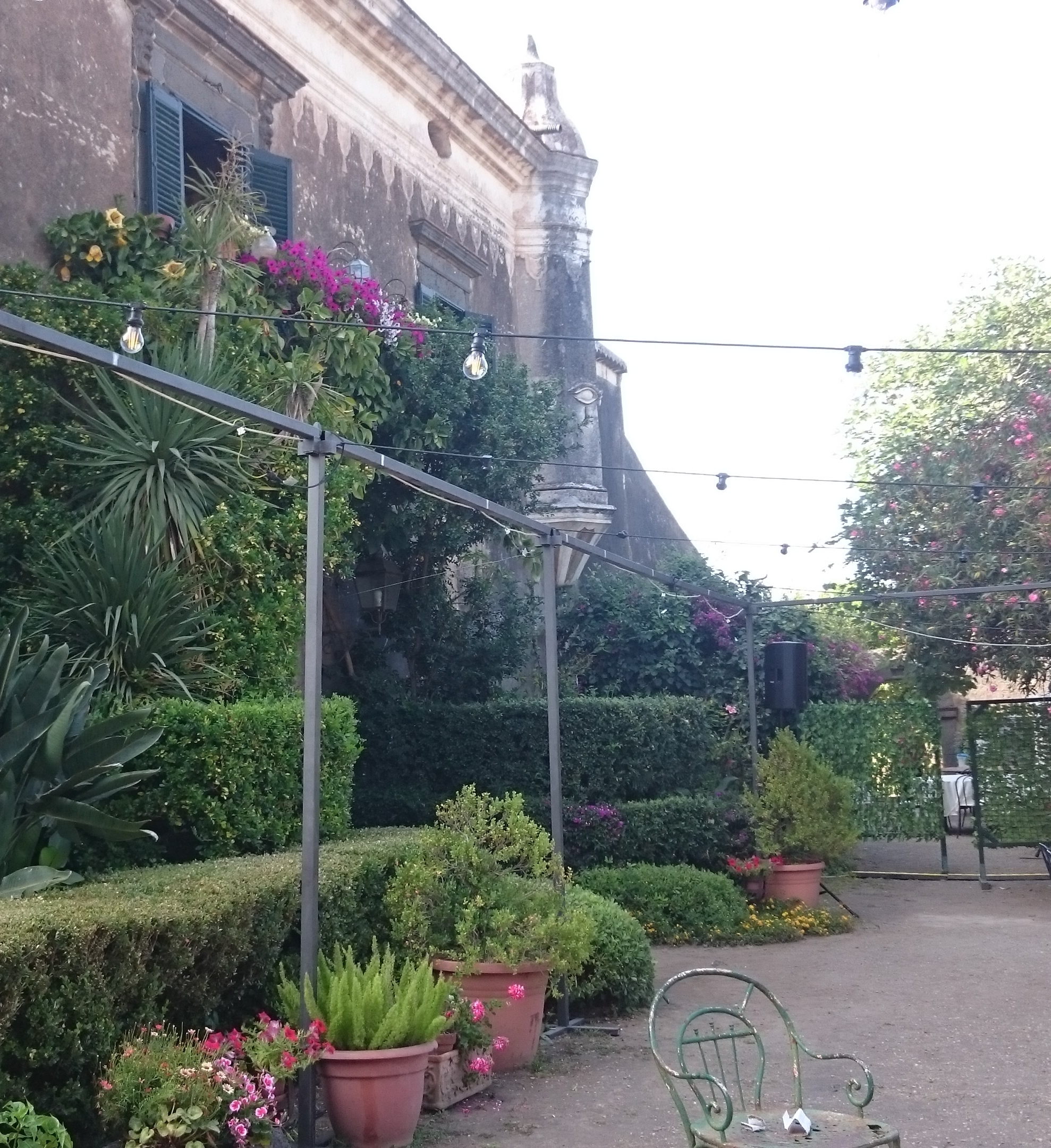 This castle is over 250 years old with very interesting Siciliy Baroque architecture . It has been owned by the same family since it was built in the 17th century. The present baron Franco Platania, a nice and elegant elderly gentleman, gives a wonderful tour through the grounds depicting his Maltese family background.<

It is also featured prominently in the Godfather movies because some very important scenes are shot here. This castle was where Michael lived while in exile, where his new wife Apollonia was murdered, and where Michael died alone in the courtyard at the end of Godfather III, yes even the chair is put in the exact place where Michael died. A tour truly to be remembered.
Depart: 13:00   Return: 15:30   -   Cost: €45

For those of you who are interested in further discovering more of Sicily, there is a possibility to join this local tour. Sign up at the registration desk. Price will be announced later

Savoca was chosen by Francis F.Coppola to stand in for the less photogenic Corleone. When Michael and his two companions are walking in the hills, they see this picturesque village in the distance. Enjoy its peaceful atmosphere and the stunning seaviews from the piazza. Bar Vitelli with a gorgeous terrace, has a collection of photographs taken when Francis Ford Coppola shot some scenes of “The Godfather II”. The table where Micheal Corleone sat to ask the padrone for the hand of his daughter Apollonia is still there.

ITINERARY:
Departure from the hotel to Savoca (Borghi più belli d’Italia) a small medieval town considered to be one of the most attractive places in the environs of Taormina. Visit of the the historical centre. The Chiesa diSan Nicolò for the wedding scene between Michael and Apollonia. Continuation towards Forza D'Agro (about 15 min driving), with a splendid view of the coast and visit of the The cattedrale della SS Annunziata , where Michael Corleone and his bodyguards walk entering in Corleone. Stop at the trainstation in Giardini Naxos. Return to the hotel.